A newly developed index rates Australia’s and New Zealand’s patent systems among the strongest in the world.

Companies need to be strategic about where to protect their inventions. These decisions are generally based on many factors such as population, strength of economy, and the activity of competitors. Companies may neglect to account for the costs associated with engaging a country’s patent system and the difficulties of enforcing their patent rights.

Existing indexes that quantify the strength of a country’s patent system are based on the presence of specific patent protection and enforcement laws within each country. Since the TRIPS agreement has harmonized the legislation in participating countries, most countries have favourable index scores. However, the effectiveness of enforcing these laws has varied greatly across countries.

Researchers at the University of Liverpool have identified the shortcomings of prior indexes and have developed a new index for quantifying a patent system’s strength1.  This index provides a more accurate representation of a country’s patent system and the costs to foreign companies for pursuing patent protection in these jurisdictions.

Transaction cost theory is used to construct the index. The three main branches of cost to foreign companies are:

- Costs arising from dealing with a country’s patent system.

- Costs arising from whether or not ownership rights are upheld by the patent system when, for example, infringement cases are taken to court and the general effectiveness of the judiciary, customs officials etc.

- Costs arising from the efforts undertaken to monitor the activities of parties who attempt to free-ride. 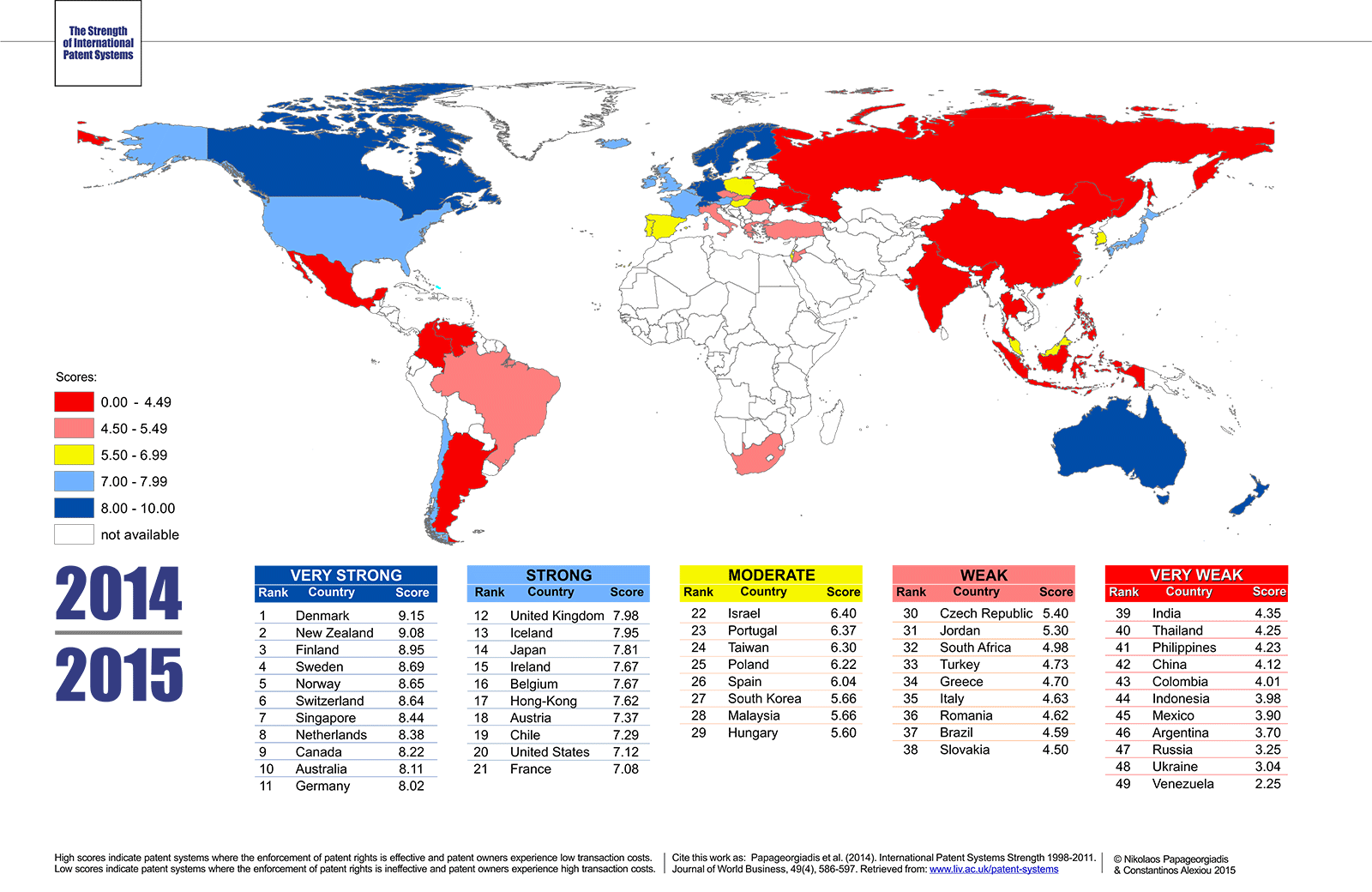 The majority of the above countries scored lower (some significantly so) in this new index compared to prior indexes. This highlights the impact of incorporating measures that reflect the utility and effectiveness of a country’s patent system.

Strength of the Australian and New Zealand Patent Systems

The index ranks Australia and New Zealand in the 'very strong' category, as having efficient patent systems, with effective enforcement for patent owners.