The below information is based on the draft Patent Rules (issued 9 October 2013). The Patent Rules may change prior to being finalised.

Local search and examination will now be conducted by the Intellectual Property Office of Singapore (IPOS). The examiner will conduct a search in respect of each of the claims of the application to determine patentability.

For Singapore national phase applications, local search and examination is to be requested within 36 months of the earliest priority date of the application.

The grounds of examination will include an assessment of whether:

18 months from the date of issue of the first written opinion an examiner’s report will issue with one of the following outcomes:

IPOS will review the submissions and will subsequently issue an examination review report and either (i) a Notice of Eligibility, or (ii) a Notice of Refusal.

If a Notice of Refusal is issued, the Applicant will be provided with two months within which to file a divisional application before the application is irrevocably refused.

Supplementary examination must be requested within 54 months of the priority date of the application.

In the event that the examiner raises an objection, a Notice of Intention to Refuse the Application will be issued outlining the nature of the objection. As above, the Applicant is provided with a single opportunity to resolve any objection(s) within a prescribed period.

Regardless of the type of examination chosen once the Notice of Eligibility has issued, the Applicant will have two months within which to pay the grant fee. 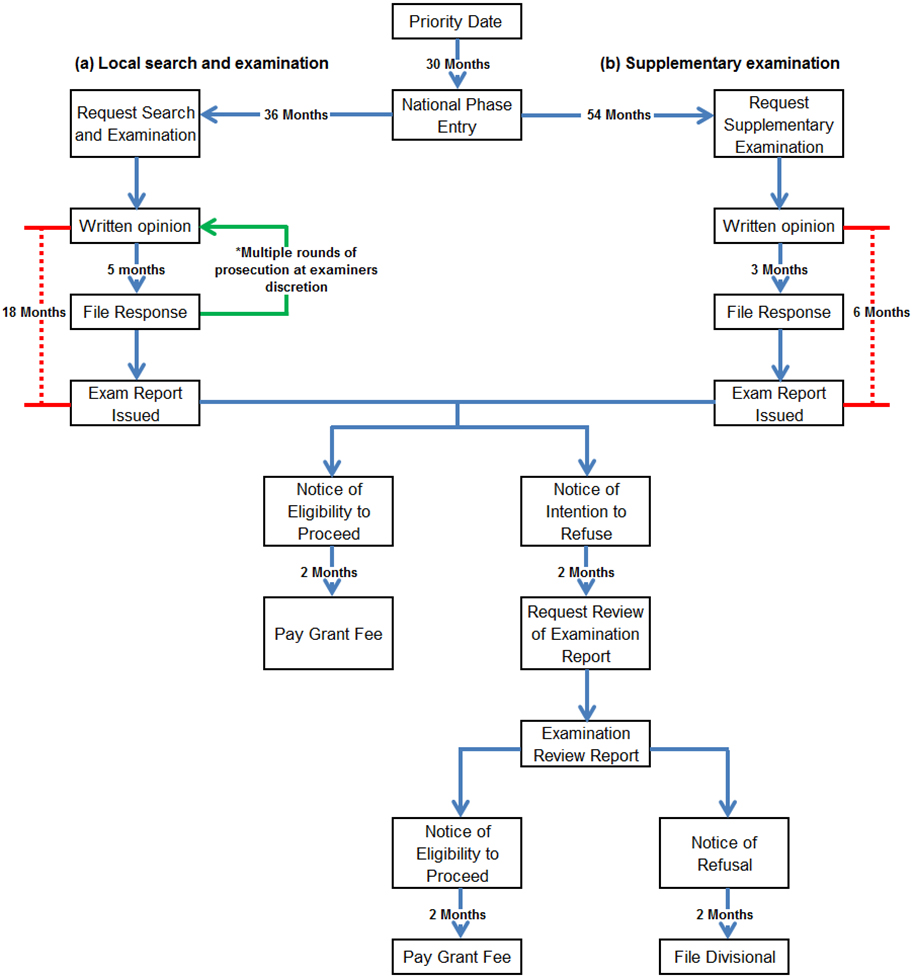